Marelize’s excitement for art began in her childhood as she would often go to art classes instead of participating in sport with the other children in the afternoon. She had similarly always been exposed to art from a young age as her mother studied and taught art. However, Marelize somehow drifted away from her passion for many years. After studying to become a chef, mothering three children and establishing a sportswear company she was able once again to rediscover her love for art. By putting her whole self and all her energy into her sportswear company, Marelize was heartbroken when the business fell apart after 5 years. In a state of emotionally drained and defeated moral Marelize began to watch art videos and reignited her excitement about her past love. She became incredibly interested in videos of creating resin artworks and tried to recreate the seascapes that were popular online. 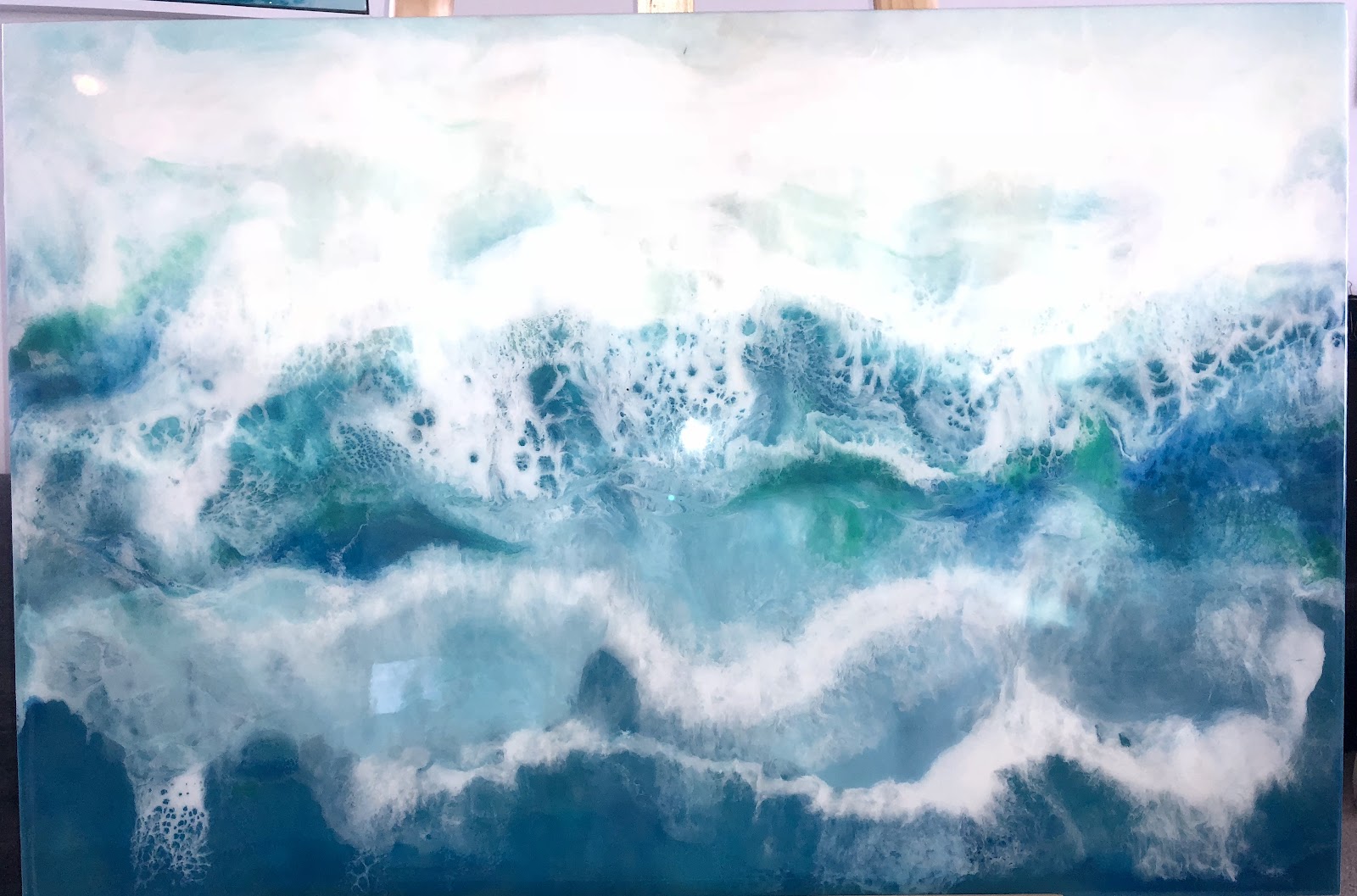 After learning about the way to work and manipulate resin Marelize began to venture out producing unique works of her own. She overcame the issues of working with resin such as its 8 hour setting time and 2 hour working time by creating her work in layers. After painting her initial ideas in acrylic on the canvas Marelize then applies up to 9 layers of resin manipulating the flow of the medium with heat guns, straws and hair dryers leaving the painting to set rockhard between each layer.

Marelize’s works have changed in appearance after beginning her resin paintings in October 2017, she has moved from creating canvases reminiscent of tropical waters to being able to control and shape the works in her blossom series. She sometimes works from blurred and focused photos and recreates the colours in her work. She does not aim for realism but instead aims to creates an effect. She states that you do not need a drawing to represent something but simply the play of colours. 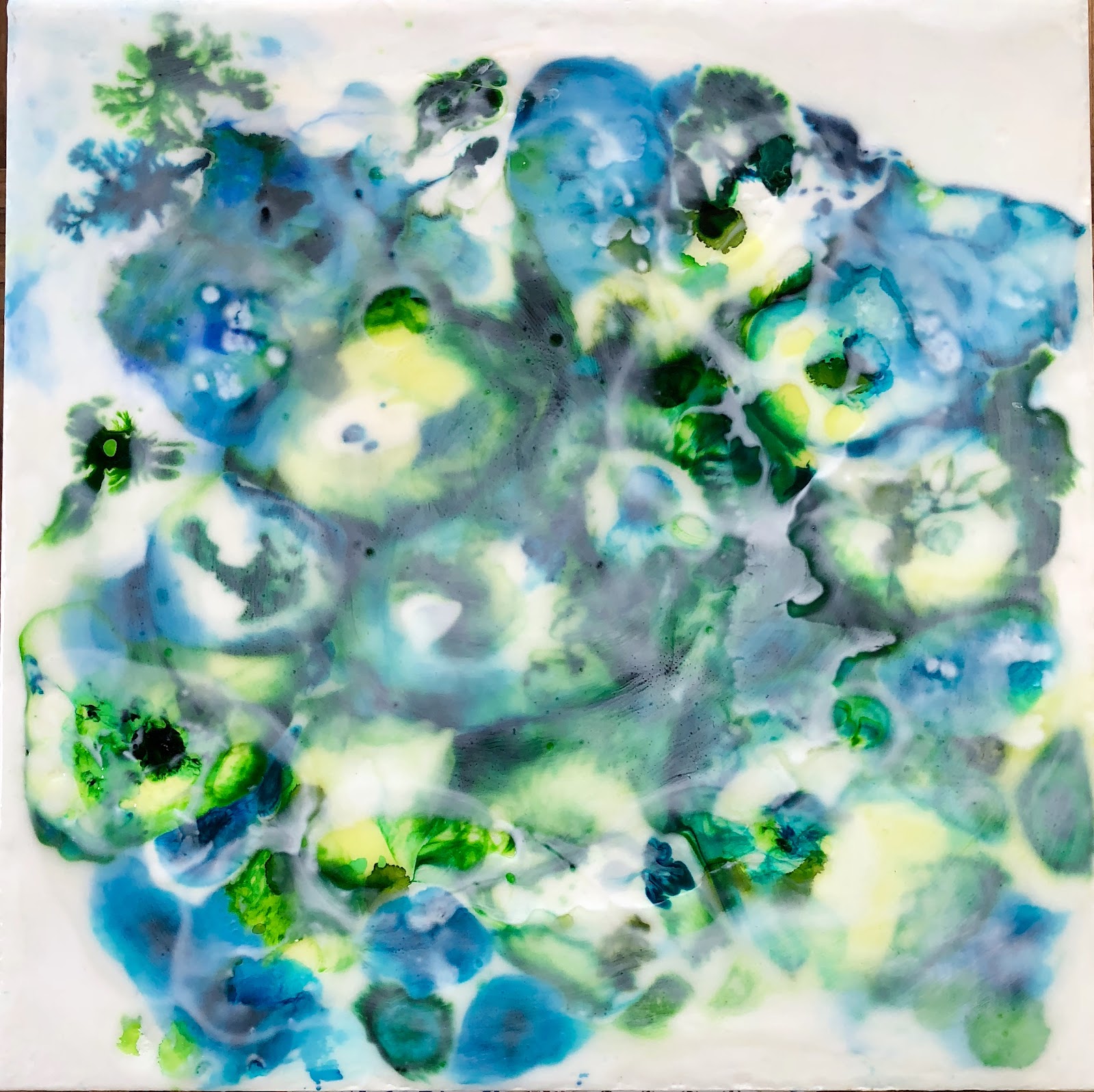 When asked about her inspiration Marelize concluded that ‘Most of my inspiration does not come from representing objects realistically but capturing a feeling of a colour. I am drawn to the vibrant colours of nature and what these colours make me think about, whether that be blossom, water or even pomegranates’. Marelize’s images refer to colours and patterns she has seen during her everyday life and works to present an artistic effect in response to this. Her works are complex in their expertly applied colours. The way Marelize moves and manipulates the resin with heat and straws allows her to produce images that combine layers of vivacious colours in order to create an encompassing piece. 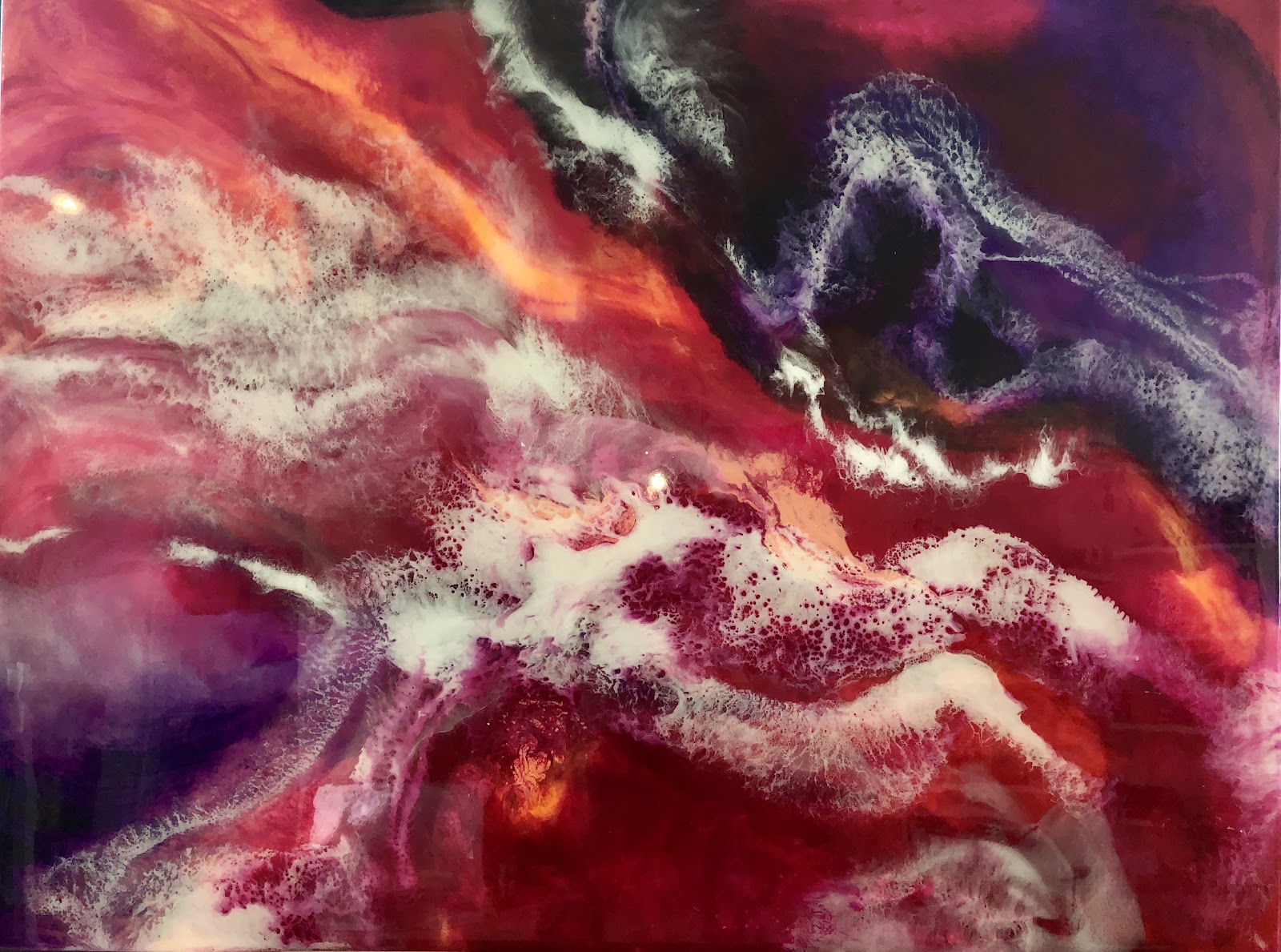 Marelize’s first exhibition with the gallery will no doubt transport you to a trance of colour as you too will experience the reignition of a passion.