Art@Africa will be displaying William Sweetloves iconic large penguin in the V&A waterfront for the next six months. Sweetlove’s penguin will sit on a bed of plastic bags as an artistic response to the V&A’s campaign to eliminate single use plastic. A scaled down version of the beloved sculpture will then be auctioned by the Art@Africa gallery, located by the clocktower. The gallery will house a box for anonymous bids. 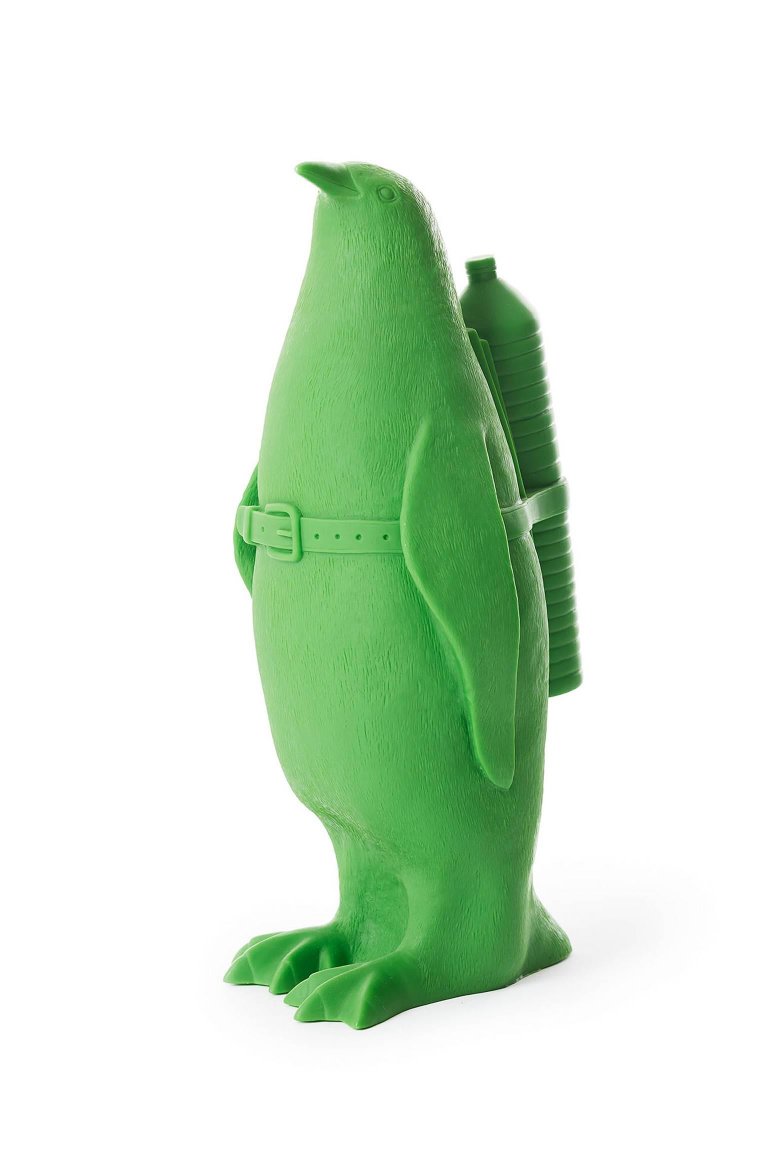 William Sweetlove is a contemporary Belgium sculptor and avid member of the ‘Cracking Art Group’ based in Italy. All members of the ‘Cracking Art Group’ use a recycled plastic produced through a thermo-chemical reaction in crude oil known as “cracking”. The main ambition of the group is for its members to spread a vision of the world loaded with elements of irony and ecological awareness. In addition to this, Sweetlove holds the belief that his art must also be an antidote to overconsumption and overproduction.

Sweetlove combines the cultural commentary of Dadaism and Pop Art to remark on the effect of climate change. His plastic sculptures or “clones” of animals, are often painted in a collection of  bold colours, carry water bottles and wear rain boots. In doing this Sweetlove asks his viewers to consider the potential future of climate change. 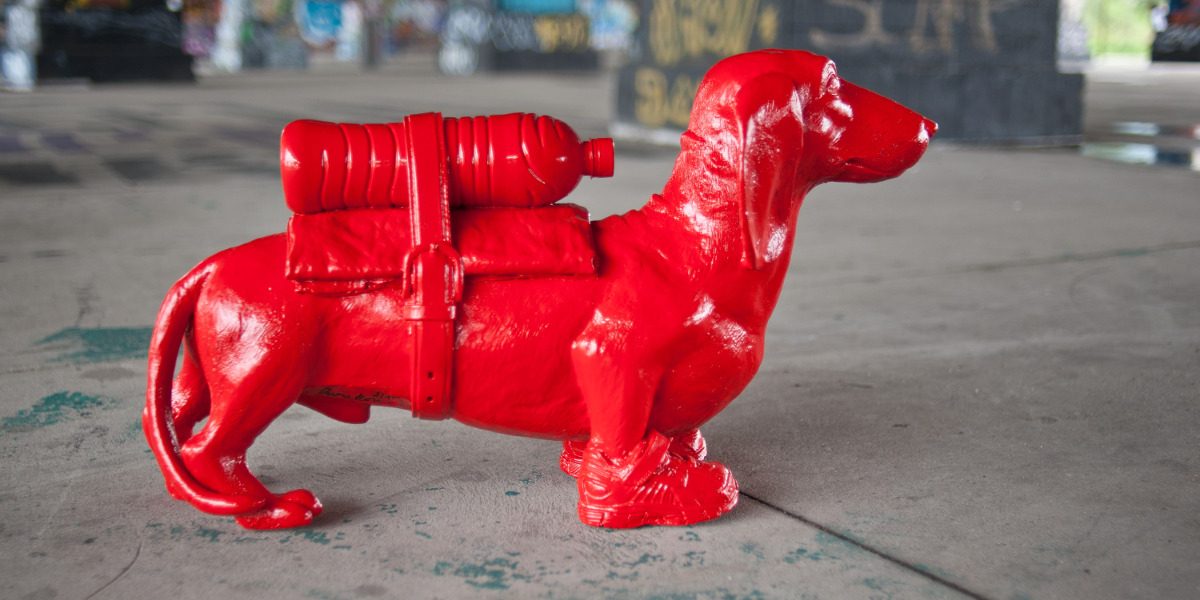 This sculpture ‘Penguin’, sits within a compass with a water bottle strapped to his back. Sweetlove stated that he chose to include bottles to all his sculptures as he believes the next problem we will face will be the struggle to find drinking water. In 2050 it is estimated that the water reserves will drop to 10 metres below the ground, as sea levels rise salt water will contaminate our rivers.

At the beginning of December 2016, William Sweetlove and Cape Town Art Agency (CTAA) managed to set up a temporary art exhibition in Antarctica to create awareness of environmental issues. "A colony of Adelie penguins were placed in Rossea, one of the last remaining intact ecosystems and also the largest protected marine area in the world", said William Sweetlove.

Fishing in Rossea has been banned for the next 35 years as penguins are not only threatened by climate change, but also the continuous hunting of krill which forms the main diet of these penguins.“Up until 2015 we have been lucky to avoid this threat and as an artist, I am using my plastic penguins to emphasize the issue in this area. The scientific studies in this area is vital in the research of global warming”, said Sweetlove.

In working alongside the V&A waterfront’s campaign to eliminate the single use of plastic bags and straws, Art@Africa have collaborated with William Sweetlove to continue to draw attention to environmental issues. Art@Africa will position Sweetloves Penguin on a bed of plastic bags at the Waterfront to draw attention to the impact plastic is having on our Oceans. We have created 8.3 billion tonnes of plastic in the last 65 years and it is estimated by 2030 there will be more plastic than fish in our oceans. In drawing attention to this we hope you  will consider alternatives to restore our Oceans.

A closed auction for Sweetloves penguin is taking place at Art@TheClocktower gallery and we welcome you all to come and place your bids into our anonymous box.

A deeper look into Water Wars

Art@Africa is collaborating with artist William Sweetlove and the V&A Waterfront on their campaign to eliminate single use plastics in their work ‘Water Wars’. Written by Dirk Durnez