The vibrant paintings of Barney Bernardo capture the attention of many visitors to the Art@Africa Gallery, however, there is more hidden meaning in Bernardo’s work than at first appears. Bernardo is one of South Africa’s leading contemporary artists. Many liken his work to Jackson Pollock and his method of painting can be intrinsically linked to that of the action painting movement, a term coined by Harold Rosenberg in 1952. 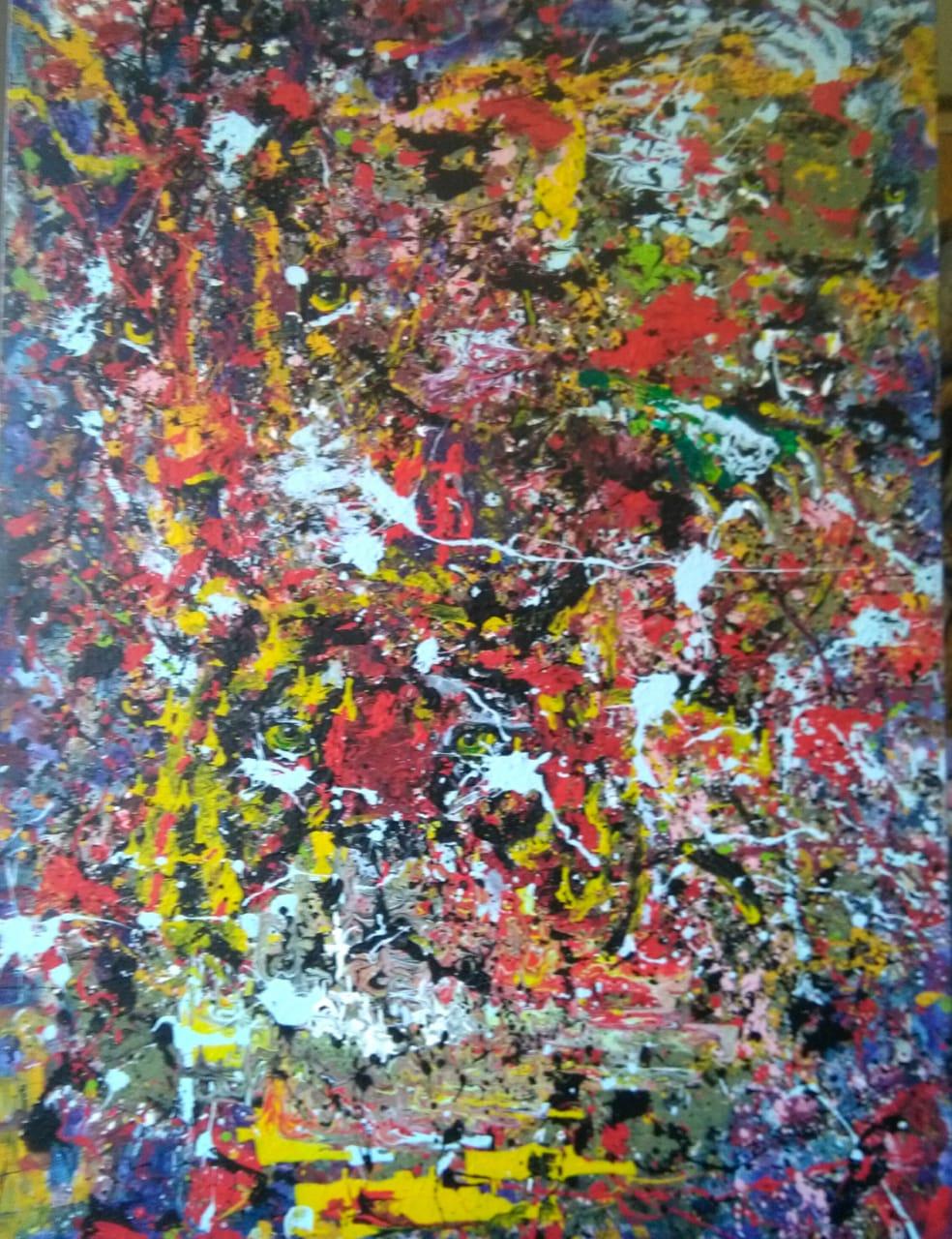 Action painting places particular importance on the way in which the paintings are produced and emphasizes the physical act of painting itself as an essential aspect of the finished work. When asked about his method of painting Bernardo replied, ‘I paint in the upright position poring the paint on the targeted spot on the canvas, I then direct the flow of the paint using a toothpick’. In looking at his style comparatively to Pollock’s, we can see why Bernardo is achieving a different effect. Many refer to Pollock's work as a performance of masculinity in the way in which he aggressively throws the paint down onto his canvas, however, Bernardo takes time to construct the story he is attempting to portray. Pollock’s work is volcanic, unstable and disorderly, perhaps due to his volatile personality, whereas Bernardo is portraying a feeling, atmosphere and aura. Two of the main movements used to categorise Pollock’s work are action painting and abstract expressionism, these movements are defined by the feelings that resonate when viewing the work rather than the meaning of the work itself. What appears on the canvas of this style of works is not a painting but an event. This is clearly evident in Bernardo’s work as the interest lies less with depicting illusionistic scenes and more with rendering the energy and movement of life in a visible way. 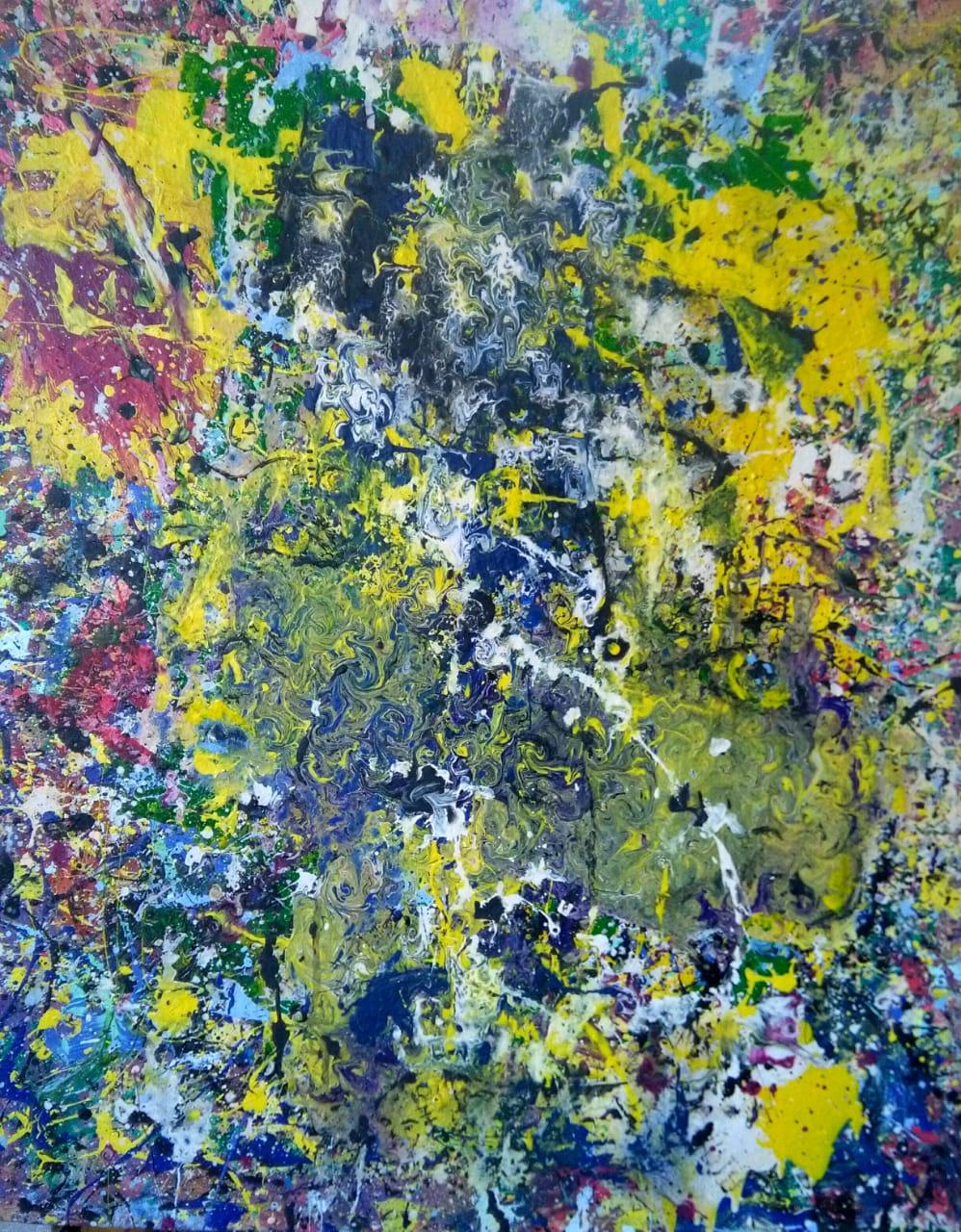 As seen above in Bernardo’s painting Pow Wow, the focus of the work is not about accurately depicting the individuals at the Pow Wow festival but more about reimagining the feeling, environment and atmosphere of the excitement and noise of the South American.

With people such as Jackson Pollock and Willem de Kooning making up the first group of Abstract Expressionists, the second grouping included artists such as Mark Rothko and Barnett Newman. Although at first glance these works seem a far stretch away from Bernardo’s work there are still elements to be linked. The artworks of Rothko are incredibly vast in size, displaying huge blocks and strips of colour. By evaluating this, it is evident the artists of the second movement were similarly less interested in creating a realistic images. Their focus however changed, moving away from the action of painting to evoke emotion and toward the emotional state the works create. They focus on religion and myth in their works, intending to produce a contemplative or meditational response in the viewer. This idea can also be taken from Bernardo’s art as although he is depicting more in his paintings, he is still similarly trying to portray a feeling and emotional response from his viewers. 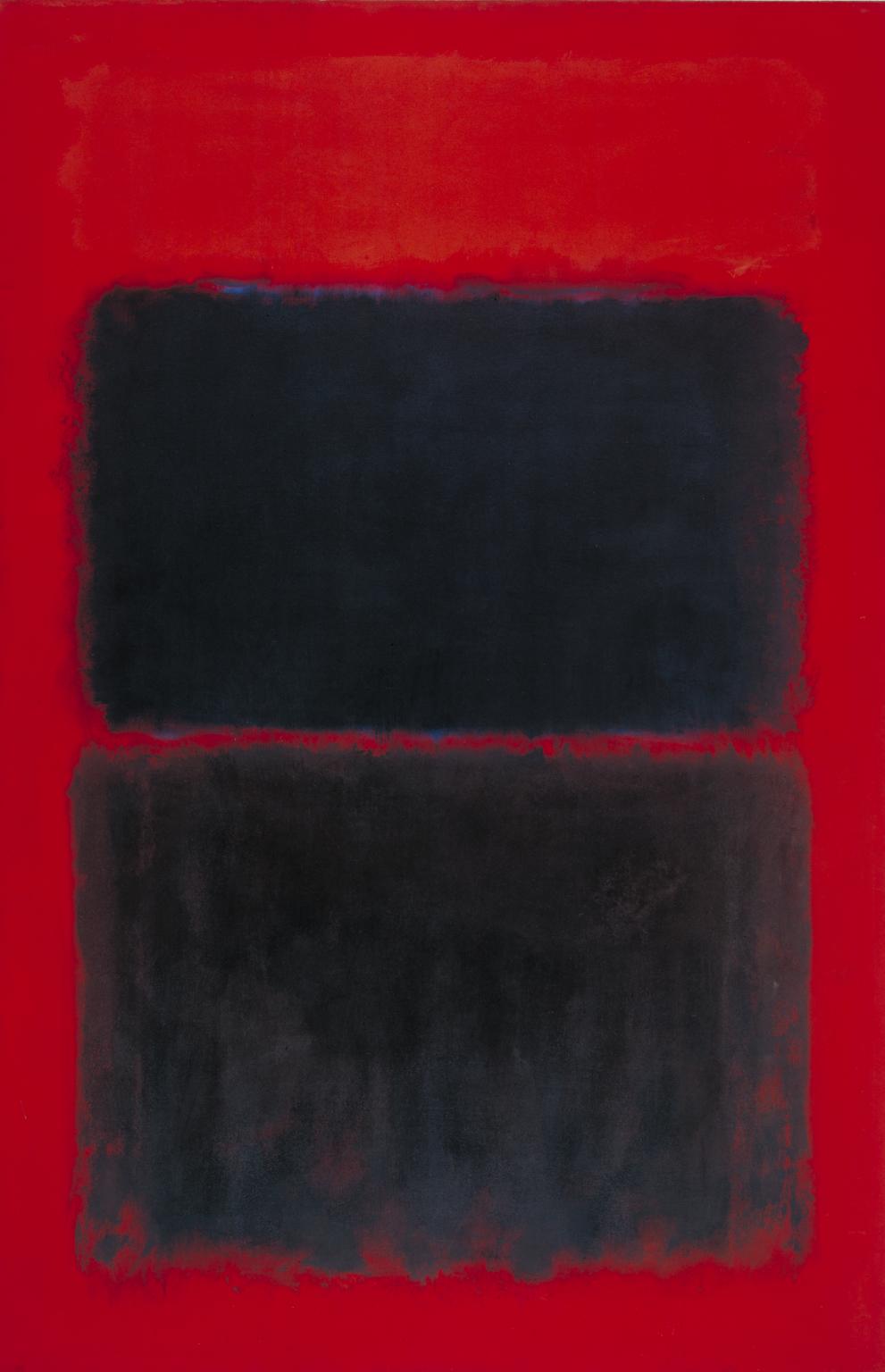 Barney Bernardo has been painting for many years, experimenting with oils and acrylics. He has recently been fascinated with the process of creating backgrounds of colour and movement. Bernardo studies the kaleidoscope for days before allowing it to guide him to the images he reveals. He stated that when he starts painting ‘it is all about the colour of that day the mood of the morning, green maybe red with some yellow’. After painting the initial background Bernardo moves to work three metres away from the canvas viewing and moving to help visualise and reveal the images within. Due to this method of painting many of the hidden images are only seen after studying the painting for some time. Although Bernardo’s approach to painting is less explosive than Pollock’s both artists work on achieving an artistic response from their viewers. 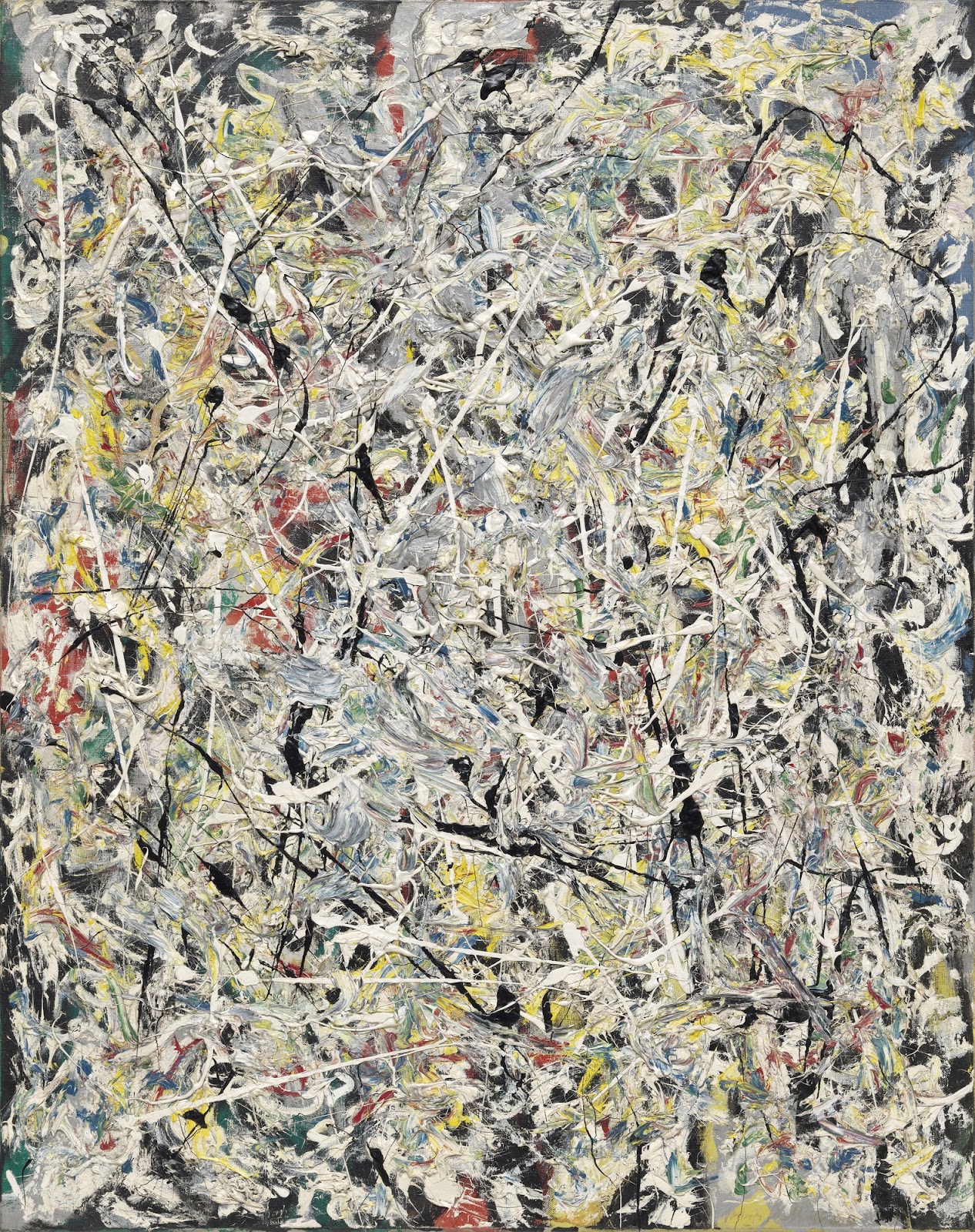 As well as drawing inspiration from prominent artists, much of Bernardo’s influences come from his travels and the people he meets along the way. Bernardo’s current body of work are all inspired by his travels in the city of Georgia, located at the crossroads of Western Asia and Eastern Europe, and bounded to the West by the Black Sea. In travelling the world Bernardo has taken inspiration not from the art he has encountered but the stories of those he has met in strange places and beautiful cities. He stated that ‘I feel the story and carry it with me sometime for years until I find the right colour combination and flow of paint. One painting takes from two weeks to several months. I don't paint from the mind I paint from my soul.’ Barnardo evidently feels a strong connection to those he meets on his travels and the memories stay and  accumulate within him for sometime before he can transfer this to paper. By virtue of this, once Bernardo finally reveals his work, he has created it from memories rather than life. 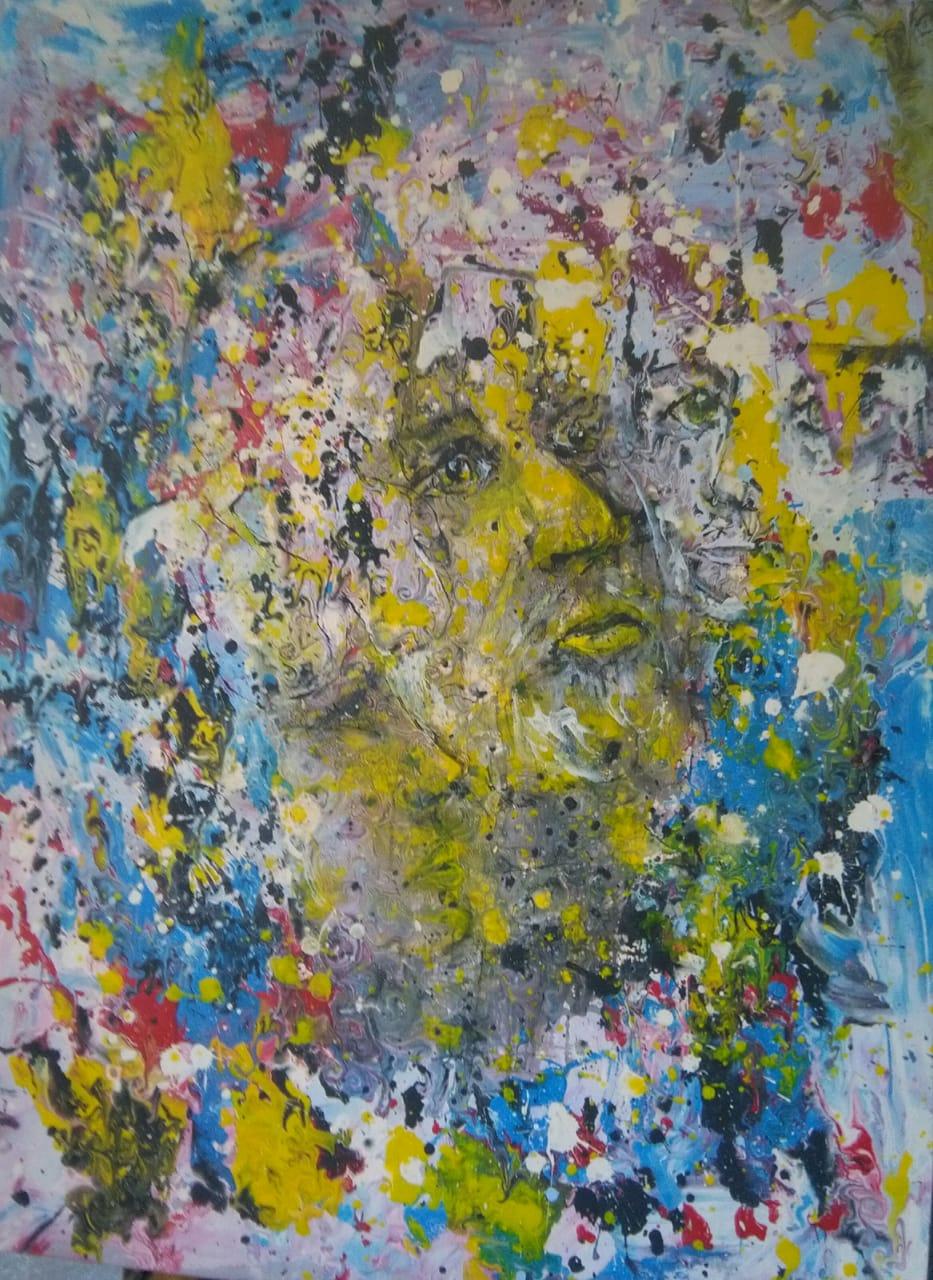 In looking at the artwork of Barney Bernardo it becomes evidence that his work is truly an embodiment of soul. From the beginning of his creation he must have a soulful connection to his stories and carries that eternal feeling with him until the soul of the day inspires him with the colour combination. The way in which his works are constructed have an incredibly unique way of encompassing the viewer into a moment of which they have never been a part of. The manner in which he paints can be perfectly explained by Bernardo’s own comment ‘I described my paintings like this. I paint with the freedom of Jackson Pollock the flow of Van Gogh and I tell the story like a history teacher.’ Bernardos work is exceptionally one of a kind and many of his works hold a combination of hidden faces and secrets that are waiting to be uncovered.