‘Beneath the Surface’ is a phrase that is often interpreted differently by every individual's personal experience with hidden truths. This is something the two artists exhibiting in Art@Africa’s December exhibit have in common and display proudly in their works. The exhibition will focus on the works of visual poet Marke Meyer and portrait painter Caeyln Robertson. For Meyer, the title ‘Beneath the Surface’ refers to all the things about an individual that remain hidden from view and yet constitute the true identity of the person. At times an unsuspecting person may be offered a glimpse into some of these traits and he hopes this exhibition will spread light onto these hidden truths. 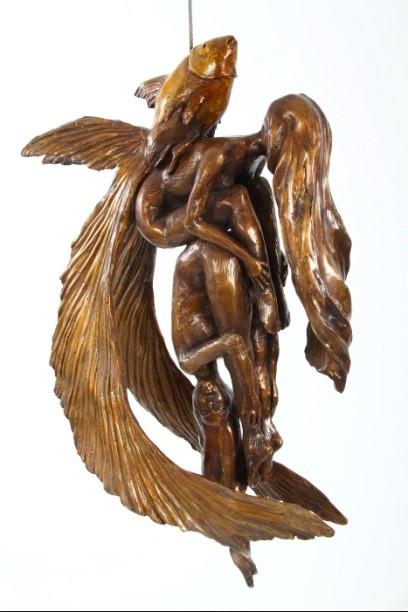 Robertson similarly looks to highlight the hidden-self as she states her aim as an artist is to simply capture her subjects essence as individuals, in no place or setting that associates them with anything they do. Just a woman as herself. Women are too often defined by what they do, instead of who they are and this leads to their own identity becoming a hidden truth repressed beneath the surface of society. Robertson strongly feels that when a woman gets to the place of not needing to prove her worth to anyone, she finds rest. 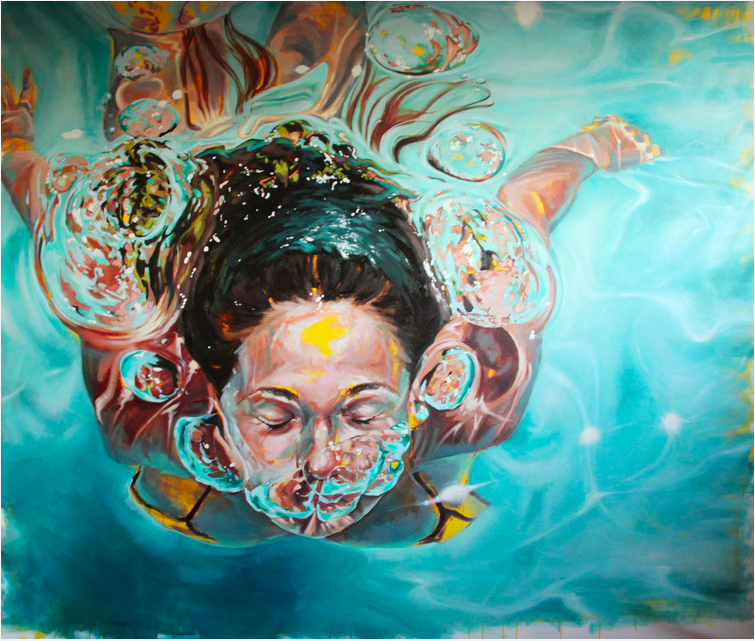 Both artists are self-taught, focused on the female subject and have sold, exhibited and travelled across the globe with Meyers pieces covering North, Central and South America, The United Kingdom, Europe, New Zealand and Australia. Likewise Robertson has worked throughout Portugal, Spain and Sweden with her artworks being bought into many private residences throughout South Africa, Europe and the USA.

Meyer is a sculptor, photographer and a multimedia artist but most predominantly he is a poet at heart. Having abandoned the pen and paper in exchange for space itself, he now uses sculpture to create his own unique, quirky concoction of ‘visual poetry’.This exhibition will be one of the biggest bronze sculpture exhibitions in South Africa with over 50 sculptures filling the gallery. Meyer will be exhibiting some of his new works alongside older favourites including his classically recognisable iconography of childhood freedom and the hidden-self. 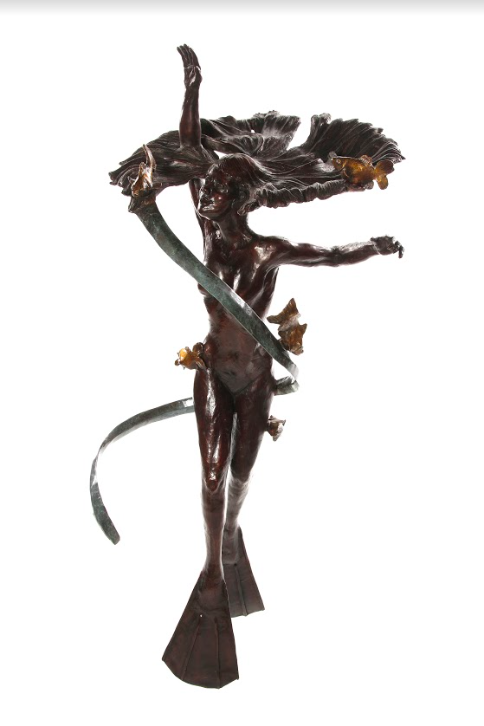 Robertson predominantly focuses on females in her portraiture. Her paintings reflect the warmth, strength, beauty and serenity that are true to the female species at their best! She has an eye for detail and her works are bold and expressive in both colour and technique. ‘Beneath the Surface’ will focus on a collection of her underwater portraits that not only strip her subjects bare of context and surrounding identity allowing her viewers a stripped down rawness but also physically display beneath the surface of the water, a hidden and less explored world of ours. 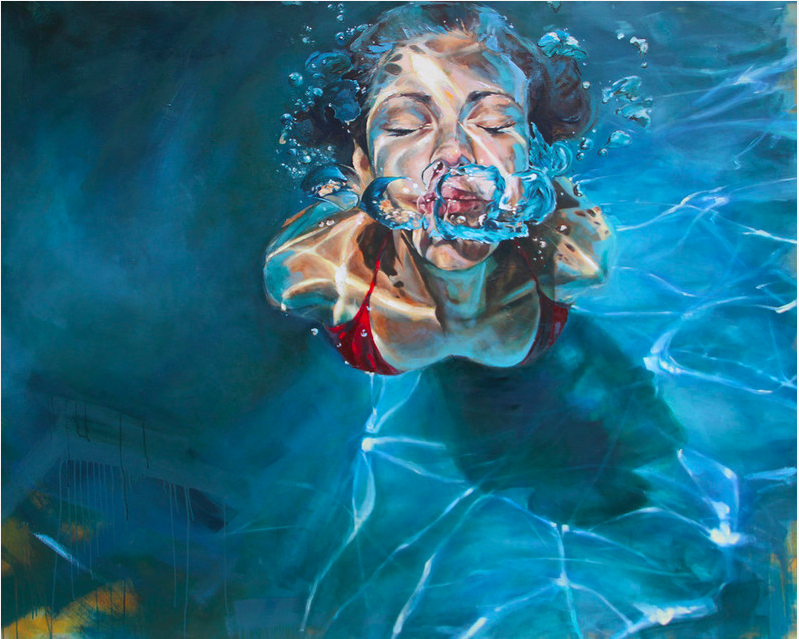 Accompanying the opening of the exhibition ‘Beneath the Surface’ will be a series of poetry readings by Barbie Meyer who will explore in deeper meaning the idea of hidden truths. Following this will be an interactive art performance by Jo Rotes. Rotes will be body painting an individual over the course of the day to lead up to a performance piece later in the evening. By covering an individual in a disguise of paint to appear as though it is something else, once again references to the hidden-self and what lies beneath the surface of what is initially seen. The exhibition will play on this concept continuously and will encourage you to look beyond first impressions to really depict what lies ‘Beneath the Surface’.

The many faces of Caelyn Robertson