Looking back to the one of the first works of art history, Giorgio Vasari’s 1550 ‘Lives of the artists’, it is evident that art historians were dismissive of Non-Western art. It was suggested by Vasari that prominent artists all grew from Europe, taking inspiration from their predecessors. Perhaps this is an insight as to why many artists travel to Florence and Paris to learn from the old masters, those who as Vasari suggests in his biography of Michelangelo, are divine and gifted by God.

In admiring the works of artists such as Michelangelo, Rodin and Titian their incredible talent and elegance can not be ignored. However, Maureen Quin like many artists, travelled to Paris in 1987 to find inspiration from such extraordinary works albeit returning with a feeling of disappointment. Despite the beauty of the old masters, the contemporary artists of Paris lacked emotion and soul owing to the modernist intellectual and abstraction trends. Although Quin did not find what she was looking for in Paris, her trip allowed her to rediscover the positive African energy she had been missing.

This month Art@Africa seeks to explore the ways in which Maureen Quin’s trip to Paris inspired  her to rediscover her African roots and thereby benefiting her future work. The exhibition will showcase two of Quin’s series, Post-Paris 1988 and Interaction 2003. These series will be exhibited alongside one another to create an incredible overview of two of Quin’s most African inspired series. Her feelings towards South Africa, the soul, positivity and beauty of the inhabitants are reflected in these works.

This exhibition of rediscovery will cover themes on the positive African spirit, culture, inspiration and hope for an improved society. In a country that has been continually torn apart, Quin seeks to present the desires of the people to heal the wounds of the past and overcome suffering. The aim of the exhibition is to draw attention to the incredible inspiration Africa has on artists and present the strong link South Africans have with nature.

The Post Paris series signifies the moment that Quin’s work returned to express her African heritage. Paris did not act as inspiration for her as many artists often find, but was the catalyst for the change in her art, allowing a reshaping of her thinking and iconography. Quin’s work shifted from displaying the solid masses she had taken from the work of Henry Moore and worked by combining this with elongated, spidery forms. Quin did this by returning to her roots of building up small, controlled pieces of clay, a style that is strongly associated with her work today.

Quin’s art intertwines nature, humans, emotions and soul to display the identity of the South Africans. Many of the works in this series are morphing between human and animal forms and displays both muscular bodies and skeletor bone structure. Quin stated in 2005 that ‘In many of my studies I endeavour to capture the rapport between humans and the animal kingdom by combining the two to create sculptures that are uniquely my own abstract approach.’ This animal form began to emerge as she decided to include horns in her Post Paris works due to the desire to balance the compositional aspect of her changing style. However, this addition did more than just balance a composition and gave her art a new character. The use of horns became her African icon and an allegorical illustration with integral meaning. 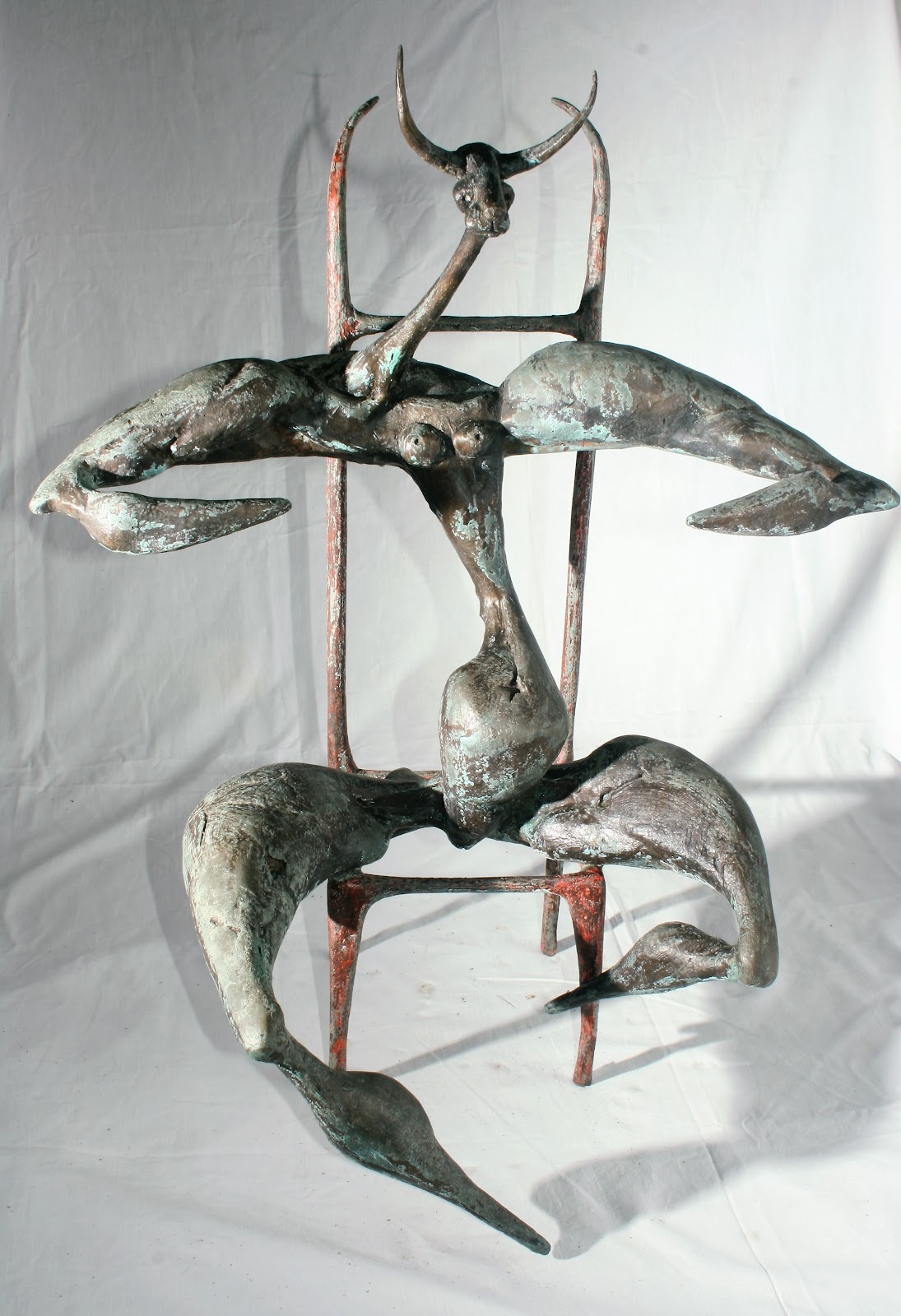 In going to Paris, Quin was able to reignite her passion for Africa, as many artists have started to do, as well as looking to the old masters it is becoming increasingly important to look to other cultures to bring a new soulful flare. One of Quin’s biggest influences, the English artist Henry Moore, similarly stated that he did not find his inspiration from his time in art school learning the classical techniques of drawing and painting but achieved all his knowledge from visiting the British Museum and looking to the ancient Egyptian, African and Mexican sculptures. In a similar remark to Quin, Moore favoured the ancient sculptures in the way in which they did not mirror reality but soul. 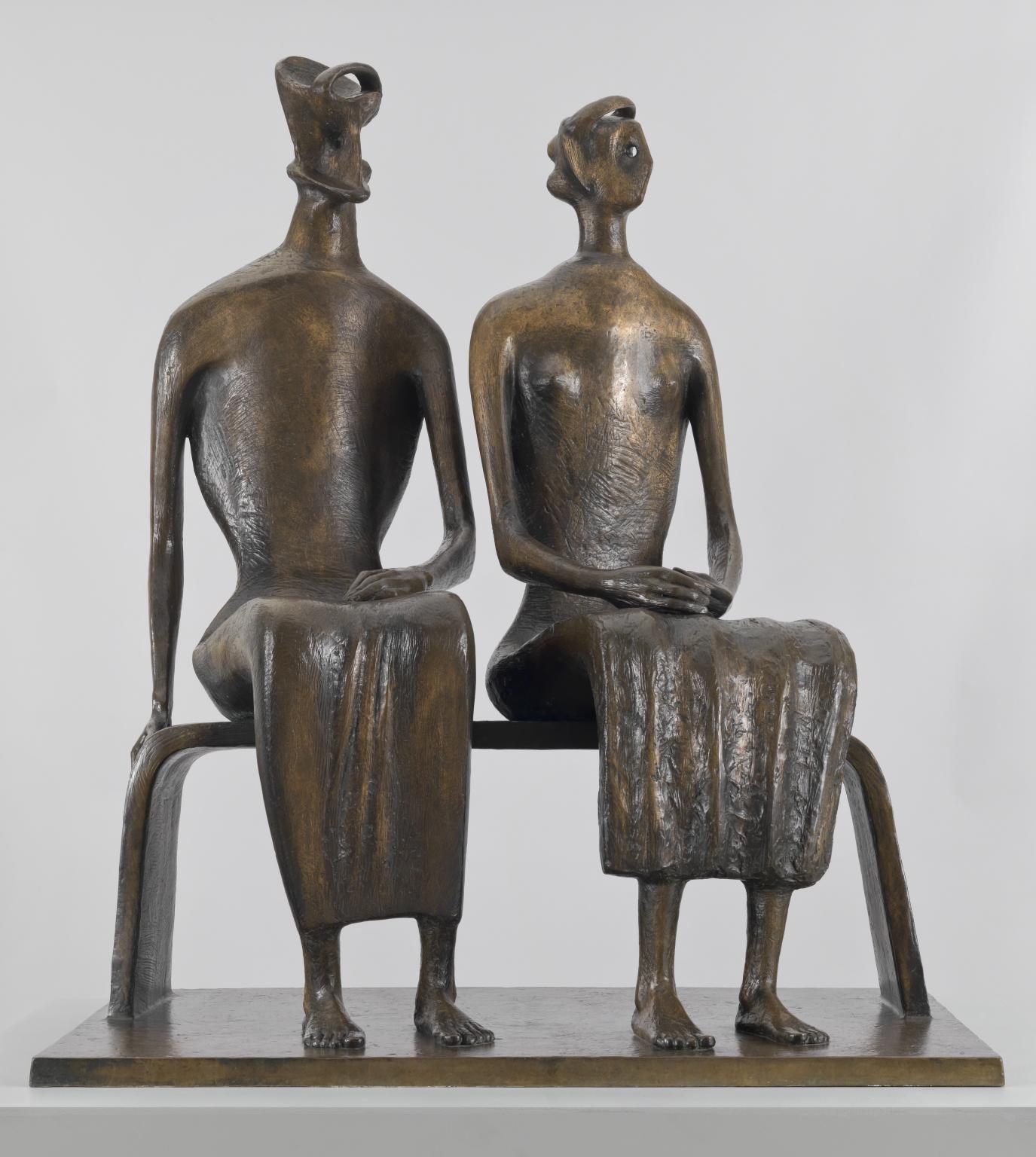 By combining this aspect of African identity with her series Interaction, Quin is further addressing the idea of African identity. The series is Quin’s response to ‘the preponderance of evil which enjoys so much attention in the media’. She desired to sculpt people recognisable for their nobility rather than their faults. The media presents the negative and often encourages us to forget the acts of humanity in the world. The way in which this series is sculpted with broken, distorted bodies and bone on display, their positionsing and interaction with one another echo the pathos, suffering, altruism and good heartedness of fellow South Africans.

The Interaction series similarly draws reference to African identity as the faces of the sculptures are recognisably afrocentric. Quin works to represent the life experiences of the black male in her art and finds a balance in her unique figures to show both the struggle but also the positivity in their appearance. The sculptures depict a perfect balance of suffering and a hopeful celebrative aura. 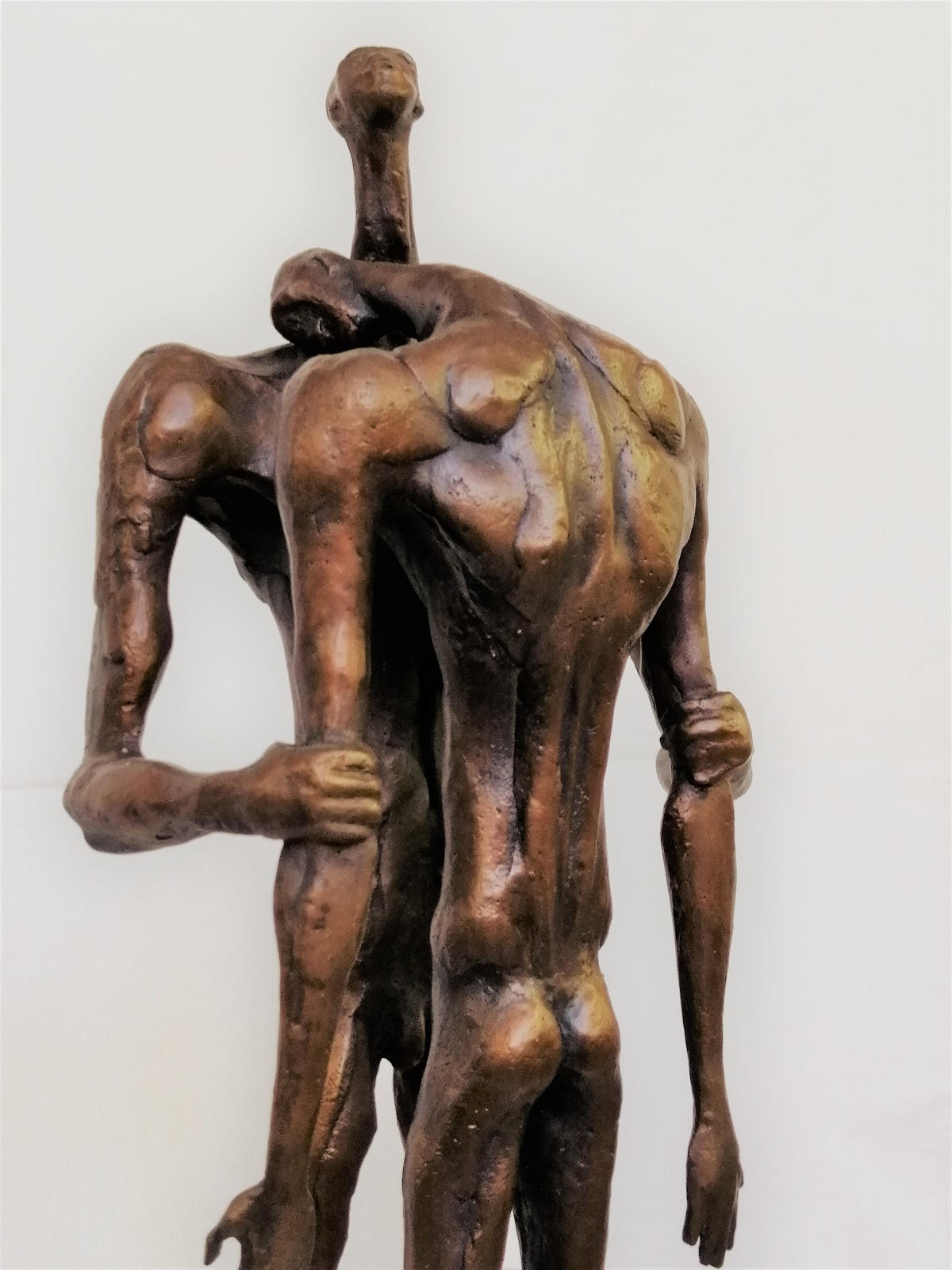 Maureen Quin’s solo exhibition ‘Post Paris: Rediscovering Africa’ will be taking place at the Art@Clocktower on 6th March. By working alongside the Art@Africa team Quin’s work hopes to inspire and encourage a positive celebration of African identity.